Craig Morgan Teicher; Poet, short story writer, fabulist and drummer. He's pretty much an all around awesome guy. He was also accepted into Best American Poetry 2009 which is equally as awesome, which is why I asked if he would like to be interviewed for the No Tell Blog. And being such an awesome guy, he accepted.
Kurt Geisler: So when looking at your website, http://www.craigmorganteicher.com, I saw that you write poems as well as short stories and fables. Which do you prefer writing and what got you into writing fables?
Craig Morgan Teicher: Sometimes I think I admire fiction more than poetry.  I read it, have always read it, constantly.  But I've tried and tried and just can't do it.  I wasn't built for things you can't complete at least a draft of in one session.  That, and it seems to me a fiction writer has to have one significant quality a poet does not: a fiction writer has to be able to love, at least a bit, the people he's writing about and the moments they're experiencing, including everything they don't know, which the writer does know, as they're moving towards the point where the things the character and the reader know converge, or at least get closer.  A fiction writer has to love describing things--a fiction write has to love things!  A poet only has to love words, their sounds and what words do and don't contain.  I don't love bearing with people who don't know what's going on around them.  I get very board describing things.  And I have a short attention span, so I write poems.  But I've always wanted to write fiction, and it came to pass that fables--a kind of compromise between the two kinds of writing, where there are characters, but they're really just archetypes, and there's description, plot and scene, but not much--were the answer.  W.S. Merwin wrote two extraordinary books of fables in the 70s, recently reprinted by Copper Canyon as The Book of Fables.  I found one of the original books in a used bookstore, was entranced, and thought, Maybe I can do this.  So I read my way back through folktales and fables to Aesop and came up with what will be Cradle Book, to be published by BOA in 2010.  But I still sometimes think that even a merely decent novelist is capable of something I can only dream of.

KG: Also while perusing your web page, I came across the poem "A Thing Defined" and I was really blown away. What inspired you to write it and how long did it take you?
CMT: Thanks for saying such nice things about "A Thing Defined."  When I was writing the poems that became my first book, I got obsessed with a couple of things: one was the poetic sequence, poems broken into little parts, and the other was the idea of the definition.  A colon is a funny thing: a pair of dots that separates two bits of language that are meant to equal, if not contain, each other.  It can be as absurd an idea as putting on a chicken mask and insisting to someone who keeps chickens that you are, in fact, a chicken.  Dictionaries only work because we agree to trust them.  And yet, because we agree to trust them, they're perhaps as powerful as the Bible.  In "A Thing Defined," I was having some fun with what happens when you play a little mix-and-match on either side of the colon.  Silly things turned out to be scarily true, which seems to be what always happens.

KG: Finally, what kind of music does your band play and do you need a bass player?

CMT: I should say, first, that my band, The Fourelles, broke up this winter. It was me on drums and two lovely ladies who played guitar and sang, and one of them left town.   Though if you're in NY and really are a bass player, keep in touch with me.... We played a kind of 90s indie-rock revivalist music: a pair of pretty voices over intricate guitars and me banging in the back.  I've been playing drums since I was 12, and I feel like I should relate my answer here to poetry.  I'm not as good a drummer as I should be, given that I've played drums for more than half my life.  But playing drums, and having a role in the background of many bands, taught me to be a good listener and to be able to hear music--not lyrics--as a language of its own, which can't be translated into meaning, which says what it is and is what it says, and can't be paraphrased.  And poetry is the same thing.

Kurt Geisler is the No Tell intern. He's a sophomore at Frostburg State University where he majors in English.
Posted by Kurt at 7:52 PM No comments:

Kathleen Rooney can't hear the goddamn Berlioz this week at No Tell Motel.
Posted by RL at 12:23 AM No comments:

Cadaver Dogs available for purchase here.
Posted by RL at 2:27 AM No comments:

Joanna Ruocco brings her wives in fuzzy mittens this week at No Tell Motel.
Posted by RL at 12:13 AM No comments:

Jill Beauchesne is enclosed in some pang this week at No Tell Motel.
Posted by RL at 12:12 AM No comments: 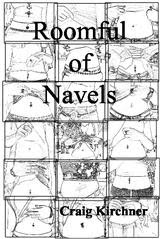 Fritz Ward has eleven hours left till the end of Memorialist Day this week at No Tell Motel.
Posted by RL at 12:10 AM No comments: