rob mclennan has nearly forgiven you for being born in Windsor, Ontario this week at No Tell Motel.
Posted by VSPDC at 2:48 AM No comments:

Alexis Orgera is talking backwards just like in real life this week at No Tell Motel.
Posted by VSPDC at 12:07 AM No comments:

Poetry for me is about defining the world, figuring something out, getting to the lowest common denominator of some aspect of human experience. I like spare poems, tiny poems, so my poetry writing has a really tight revision process. I’ll sit with a line for weeks. I’ll cut all but a single word and start over. It’s like winding something very tightly, if that makes sense.

Read the rest of the article here
Posted by VSPDC at 11:20 PM No comments:

Our summer subscription sale starts now! Regular subscriptions cost $95 (a 20% savings over cover prices on 7 books), but if you subscribe before Sept. 1, you'll get all 7 for just $75 -- along with a big thank-you from us in the form of Dan Beachy-Quick's Apology for the Book of Creatures. Save $52 and get a free $15 chapbook to boot!

Why this is a good idea:

3. You'll help the press stay solvent. I understand that $75 is a lot to spend (though not a lot for SEVEN amazing books) -- if that's not for you, would you please consider buying just one book? If everyone getting this e-mail purchased just one book from Ahsahta Press, we'd breathe a lot easier. And think of it -- you might meet a poet new to you or discover one you've been hearing about.

Check out our website--and subscribe before Sept. 1 for a great deal!
http://ahsahtapress.boisestate.edu

Janet Holmes
Director
Posted by VSPDC at 11:04 PM No comments:

No Tell's Hugh Behm-Steinberg Reads at WRITERS WITH DRINKS 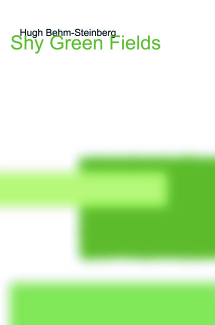 Derek McCormack's books include The Show That Smells, The Haunted Hillbilly, Christmas Days, Grab Bag and Western Suit. His book Wild Mouse was nominated for a 1999 City Of Toronto Book Award. The Haunted Hillbilly appeared on the Village Voice's 2004 list of the best books of the year.

Hugh Behm-Steinberg's books of poetry include Shy Green Fields and Sorcery. He teaches at California College of the Arts, where he's the faculty editor of Eleven Eleven. He's the co-publisher of MaCaHu Press.

Shilpa Agarwal is the author of Haunting Bombay, which won a First Worlds prize for South Asian writers.

Chelsea Martin is the author of Everything Was Fine Until Whatever. The Rumpus called her "a happening waiting to accident."

Hostess Charlie Jane Anders blogs about science fiction and futurism at io9.com. She's the author of the Lambda Award-winning Choir Boy (2005 Soft Skull Press) and the co-editor, with Annalee Newitz, of She's Such A Geek (Seal Press 2007). She also publishes other magazine.
Posted by VSPDC at 4:12 PM No comments:

Before you send that penis poem, ask yourself, “Did my poem earn its penis?” Seriously, the design of NTM has led certain poets to a very curious perception of the work we publish. Yes we publish love poems (in addition to many other types of poems, perhaps you might want to read some), yes we’ve published some “sex” poems too, and the occasional penis has appeared. Operative word: occasional. Even the Bedside Guide anthology series that specializes in “sexy” is not rife with penis. Penis is like salt, NTM uses it sparingly.

Read the entire interview at Very Like a Whale.
Posted by VSPDC at 3:32 PM No comments:

The Empire by Mark Leidner

The Sin Sonnets (A Redouble) by Amy Newman

All My Poems by Nate Pritts

The Execution of Little Maude by Jeffrey Skinner

A Series of Ad Hoc Permutations, or RUBY Love-Songs by Joshua Ware
Posted by VSPDC at 10:02 PM No comments:

Fred Schmalz would have told you but they are so fragile this week at No Tell Motel.
Posted by VSPDC at 12:07 AM No comments:

From the Editors of Tarpaulin Sky Press

Yes, you read the above correctly. $60 will get you five paperbacks and one chapbook w/ free shipping. & Yes, you'll save around $45.

Please visit our catalog at http://www.tarpaulinsky.com/Press/catalog.html to order online or pay by check. (THIS OFFER IS LIMITED TO 100 SUBSCRIBERS.)

All first books. All from women writers. Which excites us no end. Although we have always been committed to publishing both new writers and women writers, the 2009/10 subscription series really puts our money where our collective mouth is. Fall 2009 books include Ana Bozicevic's full-length poetry collection, Stars of the Night Commute; Traci O Connor's book of short fictions, Recipes for Endangered Species; and Emily Toder's poetry chapbook, Brushes With; Spring 2010 titles include Joanna Ruocco's book of short fictions, Man's Companions; Kim Gek Lin Short's lyric novella, The Bugging Watch and Other Exhibits; and Shelly Taylor's book of interlocking short fictions / prose poems, Black-Eyed Heifer.


2) Andrew Zornoza's Where I Stay and Gordon Massman's The Essential Numbers are also now available.

In the process of constantly disappearing, the unhinged, unmoored and unnamed narrator of WHERE I STAY travels through a cracked North America, stalked by his own future self and the whispers of a distant love. From Arco, Idaho to Mexico City, he flees along the highways and dirt roads of a landscape filled with characters in transition: squatters, survivalists, prostitutes, drug runners, skinheads, border guards and con-men. WHERE I STAY is a meditation on desperation, identity, geography, memory, and love-a story about endurance, about the empty spaces in ourselves, about the new possibilities we find only after we have lost everything. "Refreshing, pitch-perfect kind of steering that is innovative not only for the genre it might get called into, but for experiential and language-focused texts of every stripe."--BLAKE BUTLER. "A gifted journey through borderlands between text and image, glassy prose and suggestively indirect prose poem, facts and fictions, sanity and the other thing"--LANCE OLSEN.
http://www.tarpaulinsky.com/Press/Zornoza/index.html

from THE ESSENTIAL NUMBERS: "1715": "It is unimportant to me whether anyone reads these poems / or their assessment of them should they, I do not care under / whose name they are published, nor could I care less what / literary critics say about them, praise or condemnation, / nothing could be more vapid than some academic advanc- / ing his career on my efforts or within institutionally accept- / able parameters pushing my reputation this way or that, / most contemporary poetry is shit as is the industry that sur- / rounds it and I want no part of it, if I am harsh so be it, if / I am angry then that is life, if I have hurt my consanguineous / they are co-conspirators in their pain, nothing in this work / bears false witness nor have I broken one commandment, / I am a decent man imbued with a religious spirit and cap- / able of love, I have noticed the world is full of cowards."
http://www.tarpaulinsky.com/Press/Massman/index.html
Posted by VSPDC at 10:34 PM No comments: